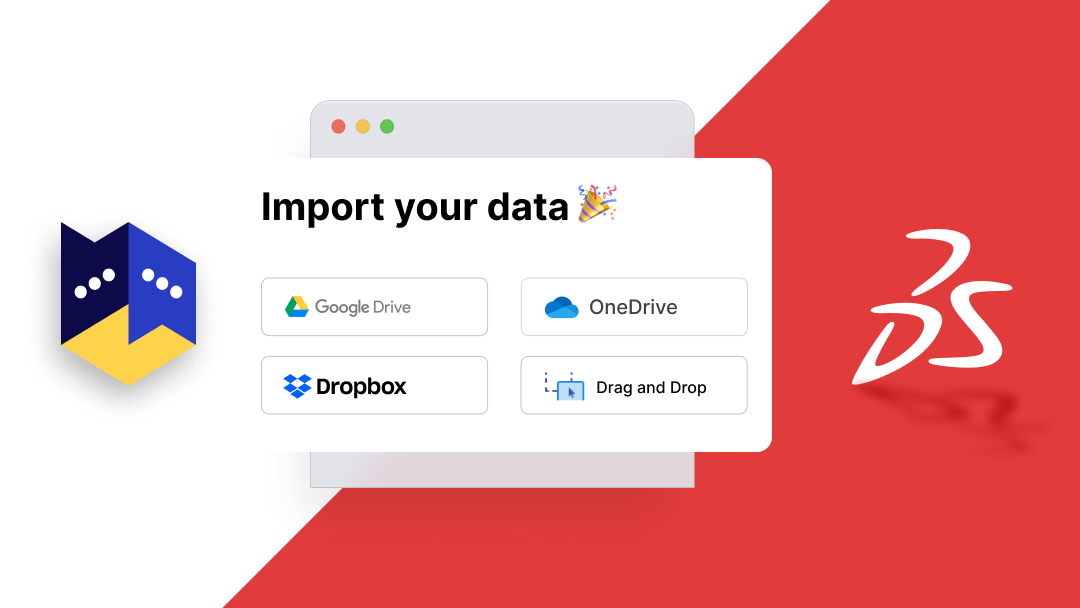 Getting Started and Setup

Deciding on a PDM consists of a variety of different factors. Most companies will look at “steady-state” use, the normal ins and outs of PDM. However, they often neglect the early parts of PDM: data migration, learning curves, and workflow changes.

Most companies that think about moving to a PDM system, will have their designs and files stored either on-prem or on a cloud storage platform like Google Drive or Dropbox. When it comes to legacy PDMs like SolidWorks PDM, data migration can require hefty IT involvement and often costs thousands of dollars and weeks of effort. The process can pull bandwidth from design teams and key decision makers, making product development slower and causing more overhead than intended. Data migration becomes exponentially more difficult when files are distributed, and even more difficult when files are on-prem. With Bild’s data migration intelligence, migration takes less than an hour and can be completed without the need of IT involvement. For more complicated data migration, Bild’s plans include advanced onboarding in which the most complicated data can be migrated in less than a week.

Let’s take a look at legacy PDM systems. Off the bat, the UI and UX looks and feels like they were built in the 90s and haven’t changed. That’s because they were built in the 90s and haven’t changed. The learning curve associated with the ins and outs of PDM can take months to overcome. Teams that have been SolidWorks PDM for years, still do not feel comfortable with PDM. The driving factor of this is that legacy PDM systems pack features on features within one system. The tool becomes hard to navigate and more importantly creates complexity around seemingly basic tasks. With Bild’s intuitive interface, teams are able to navigate and start using PDM within minutes. The web-based platform is as easy as learning Google Drive or Dropbox and feels extremely familiar. With Bild, we’ve stripped out the unnecessary fluff that legacy PDM systems have, and have doubled down on the important features around the designs.

Most hardware teams are not starting from scratch. They have an existing workflow that’s built on other tools - primarily on the cloud. When it comes to implementing PDM into their workflow, the goal is to integrate PDM in their workflow, rather than change their workflow for PDM. Because legacy PDM was built for on-prem, it does not connect with other systems easily. This results in data being dispersed across multiple platforms and different workflows around managing different files. This not only adds to the already large learning curve, but now creates a process where decisions take longer to make, data takes longer to find, and the design process has higher risk. With Bild’s PDM being cloud first, workflows become seamless through integrations into other cloud platforms. Information spread across tools such as Google Drive, Jira, Asana, and Slack can easily flow in and out of the system. Designers and collaborators can quickly and easily see all design related data under one roof. These integrations also allow collaborators to continue using their workflows while still engaging with designers.

Ready to see how you can get going on Bild within minutes? Book a demo to see the fastest PDM in the market.