Technology is moving faster than ever. The biggest names in the hardware industry innovate quickly, constantly releasing new products with better features. This fast pace is only possible through tight design cycles and strict deadlines.

Despite the industry’s focus on innovation, hardware teams still work based on practices from years ago. Relying on emails, Microsoft/Google Suite, and screenshots, engineers lose hours a week on tedious communication processes. In fact, a mere 23.3% of an engineer’s time is spent on core engineering tasks. With tighter design cycles, it’s more important than ever for hardware teams to reclaim this lost time by replacing ancient processes with modern cloud and web-based tools.

Despite being the go-to for work-related communication for decades, emails simply aren’t good enough anymore. Now, hardware teams are moving faster than ever, innovating at a speed emails just can’t keep up with. Subsequently, emails have replaced physical letters as our generation’s version of “snail mail.”

The clunkiness of emails makes having conversations difficult. Back-and-forths lead to overflowing inboxes. This deters people from reviewing their messages regularly or keeping up a quick pace of communication. Instead, people turn to instant messaging tools or in-person conversations to prevent their inboxes from flooding.

This information overload is exacerbated by the fact that email isn’t central to a project or organization. Important, project-specific emails may be scattered between company-wide announcements or, even worse, marketing and spam messages. While email platforms can filter domains, there isn’t an easy solution for organizing messages based on projects or teams. Since engineers often work with different groups of people, organizing communication is crucial to maximizing productivity and meeting deadlines.

Deadlines are especially important in hardware development where the most influential companies innovate on super tight design cycles. Every little detail needs to be considered for a prototype build to be successful. This level of attention to detail is only manageable with strict schedules set months in advance. Time is truly of the essence when it comes to hardware design.

Yet, nothing is more time consuming than communicating over email. Important responses that should take five minutes to send could sit until engineers finally find the time to check their inboxes. Repeated over the course of a project, this slow process of communication could cause extreme delays in development, especially since some components act as gatekeepers for the rest of the design.

Even after information is exchanged, its retrieval is not always easy. Hardware-related emails are filled with screenshots of designs and freeform drawings. These emails are super dense with information and missing a single message could have a huge impact. This also makes it tedious to find specific items of feedback or certain versions of designs, further slowing down communication.

Alongside speed, security is a huge concern for hardware engineers. Every hyped new release is plagued by rumors of leaks. These leaks often stem from poor email practices. Emails have no traceability; there isn’t a way to see if an email was forwarded or downloaded. After sending an email, engineers aren’t able to monitor the flow of information, making security breaches all the more possible.

While there are secure options for sharing assets, they often involve long-winded processes that take up too much time. To tackle the issues of slow response times, inefficient information retrieval, and security concerns, hardware teams need to turn to a secure, centralized platform like Bild! With interactive file viewers, teams can provide and receive feedback in real-time on Bild. Created specifically to shorten design review cycles, Bild enables engineers to bid emails goodbye.

In an effort to curb unmanageable email chains, teams have started consolidating information in Excel and Powerpoint. In these spreadsheets and slide decks, each row or slide represents an issue. Engineers can attach the spreadsheet/slide deck in one email rather than sending tons of individual messages.

This works well to reduce the amount of emails sent, but information retrieval becomes even more difficult with spreadsheets. Spreadsheets are still embedded within email chains (albeit shorter ones), which already makes information hard to find. Then, these spreadsheets need to be opened in a separate application, adding another step to the process. This slows down response rate yet again, making hardware development more inefficient than it should be.

Similarly, Excel and Powerpoint are based offline, which delays an engineer's workflow too. This is because an engineer must respond to every issue within a spreadsheet before sending it off. Replies to simpler issues cannot be shared until the more complicated issues are also addressed.

Also, information within these offline spreadsheets are never the most up-to-date. By the time vendors and manufacturers start reviewing a spreadsheet for version 1.1, engineers are already working on version 1.2. Spreadsheets and slide decks reduce the amount of emails needed but do nothing to reduce the lag in information.

This is where Google Sheets and Google Slides come in; they provide real-time updates and allow engineers to address issues individually. However, screenshots remain as the assets used on these online platforms. Just like with emails, these screenshots are static and constantly being antiquated by new changes to the design. Therefore, cloud-based spreadsheets solve the problem of slow response times but fail to help with out-of-date information.

Out-of-date information can only be solved by clearly pairing feedback with a specific version of the design. Bild tackles this problem with its project-based version control. In the platform, teams create commits when adding files. They can also comment and provide feedback directly on a design file. Then, each update and its corresponding feedback is clearly labeled and separated from older versions. By moving away from static screenshots and spreadsheets, Bild reduces miscommunication and confusion within a team.

Despite its flaws, screenshots have been the best way for engineers to share their designs. Unlike code, hardware models aren’t easily transferred. Viewing models often require expensive design tool licenses. External collaborators or engineers in different disciplines won’t always have access to the necessary tools. Up until now, engineers were only able to work around this by taking screenshots of their work or by huddling around a monitor.

But, screenshots are fundamentally flawed for an industry that works in three dimensions. A still image doesn’t provide enough information for changes to be made. For example, in order to update the radius in a design, an engineer needs to see cross-sections, make measurements, and gather lots of information. This isn’t possible with a single screenshot. The engineer would need to wait for more screenshots from another team before moving forward, or open up and review the model themselves (if they know their way around CAD/EDA software).

Screenshots make hardware designs more accessible, but they come at the cost of quick, informed decisions. Bild solves this problem by supporting both ECAD and MCAD files on its interactive file viewer, allowing all engineers to work together on one platform. Unlimited external users can also join the platform. With Bild, everyone has access to the information they need.

At Bild, we understand that the speed with which a hardware team communicates affects how fast it iterates. That’s why we offer web-based file viewers, cloud-based version control, and other features for streamlined collaboration and shorter design reviews.

Why Emails, Microsoft Suite, and Screenshots Don’t Get the Job Done 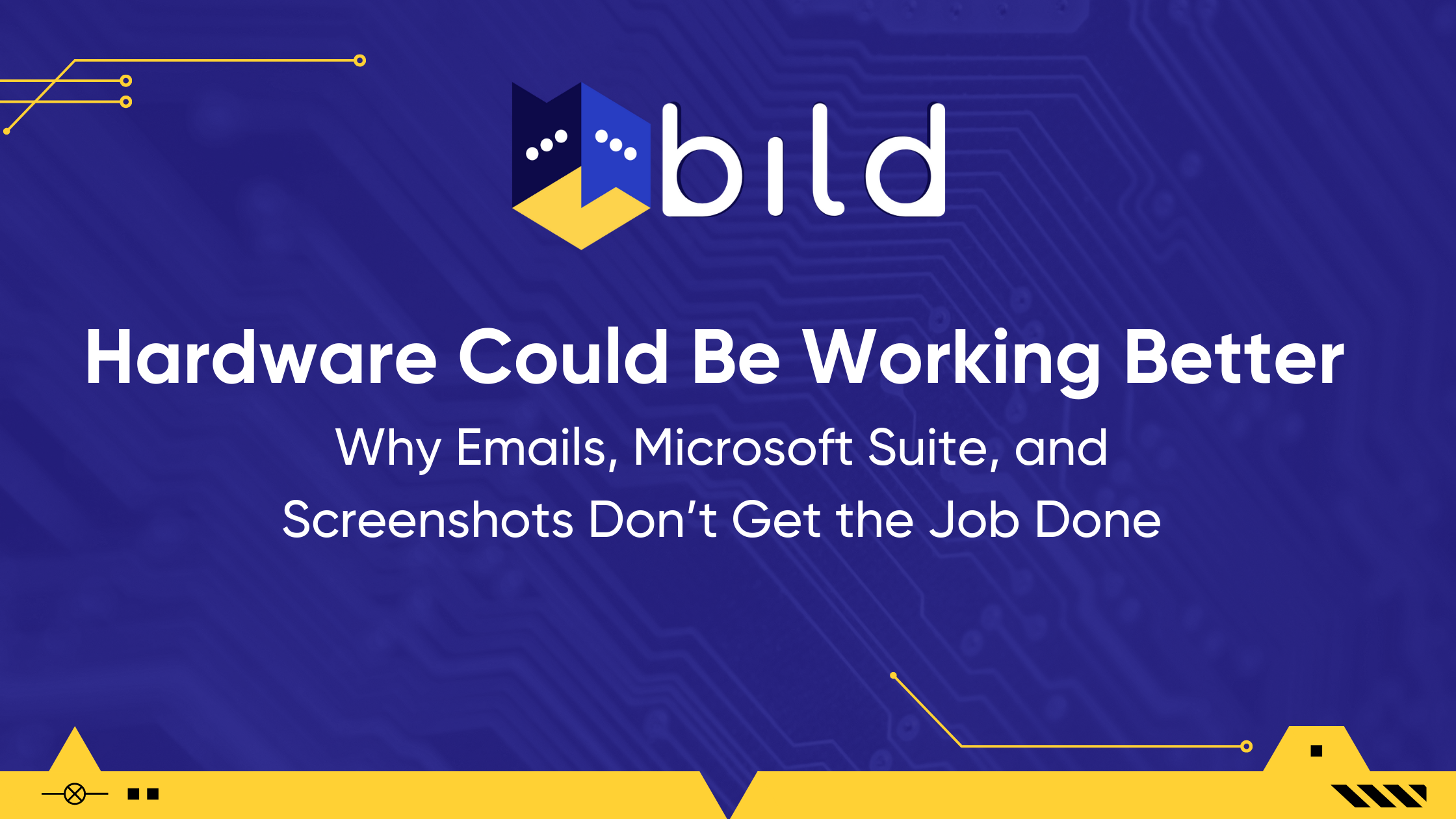 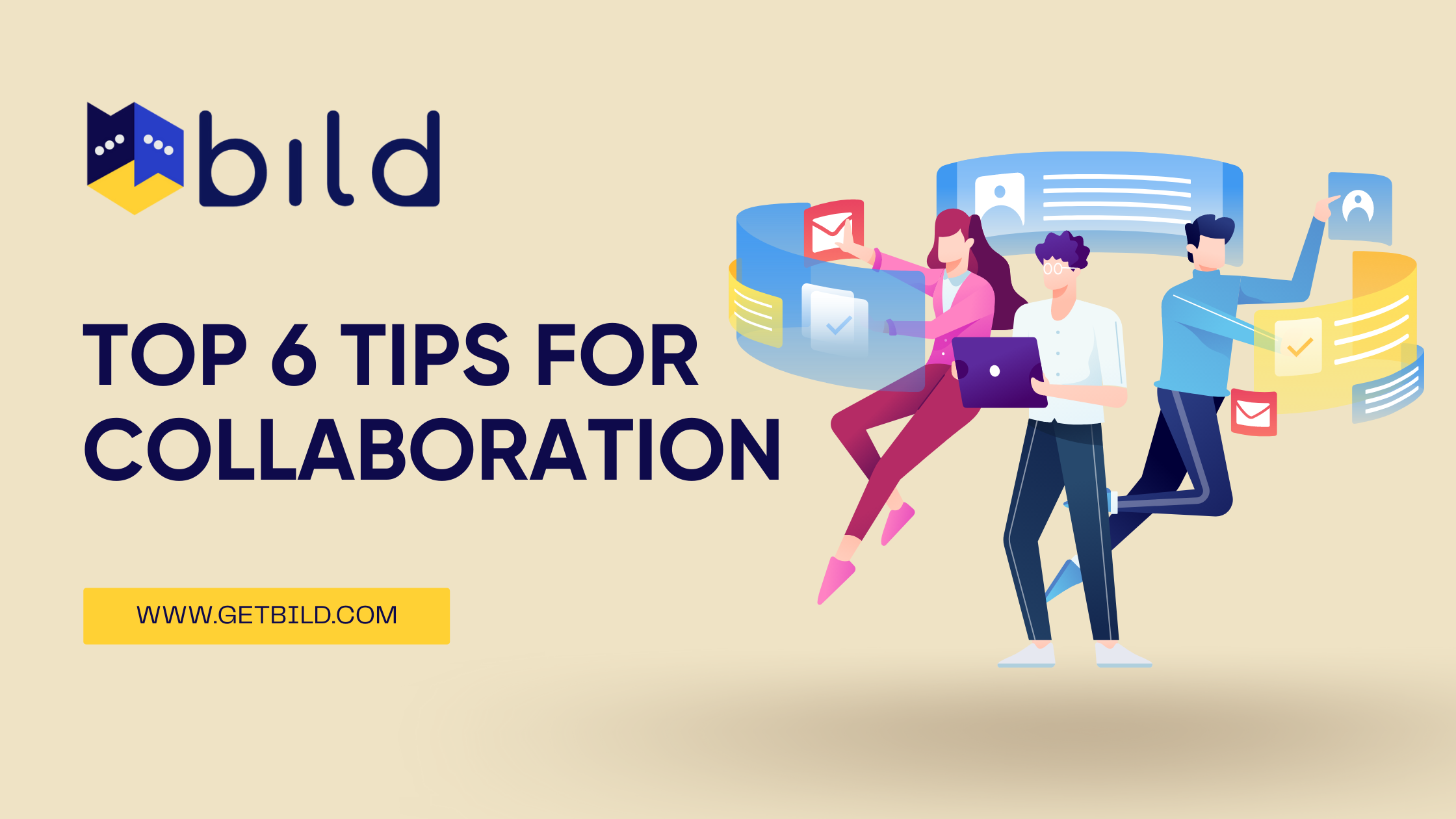